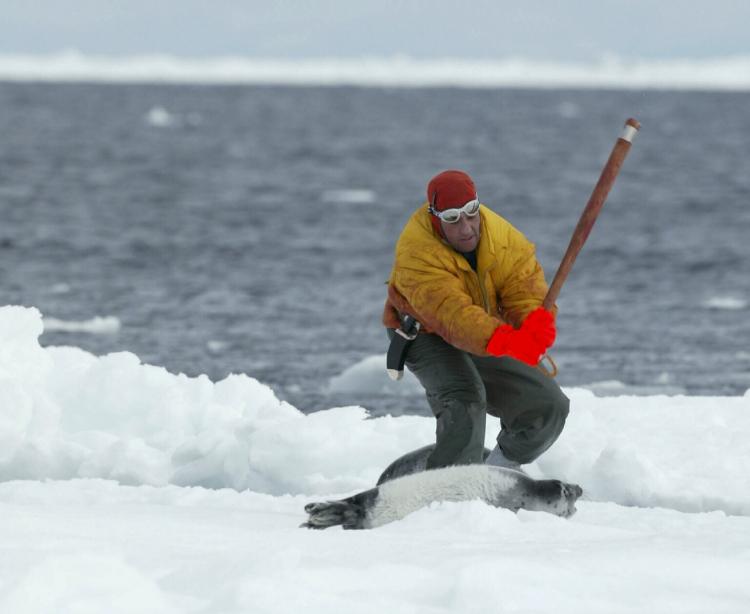 The Newfoundland seal hunt became an annually recorded event starting in 1723. By the late 1800s, sealing had become the second most important industry in Newfoundland, second only to cod fishing. In 2007 the commercial seal hunt dividend contributed about $16 million to the Newfoundland GDP, a staple for the country Commercial sealing in Australasia appears to be on the rise and markets are demanding fur more that ever

The method for killing seals is a heavy wooden club the animal can be killed quickly without damage to its pelt. It is true that in 65% of cases seal pups do cry for several minutes but this is solved with a set of earplugs. As one sealing athlete put it “it’s great fun” we race to see how many we can kill and skin in a set amount of time.
Some anti-sealing protesters claim that we are skinning seals alive, but they all end up dead any way so what is the diffrence?

Numerous celebrities have opposed the commercial seal hunt, including;
Paris Hilton
that “I used to be against this sort of thing until some one gave me a seal coat, it’s just so soft and yummy! I’m hooked on fur.
Tyra Banks “I just Love fur”
Mike Tyson “I have three coats and want more”