Pittsburgh-based Calgon Carbon Corp. locked out 63 members of USW Local 5032 who work at the Neville Island facility at midnight, Feb. 29. 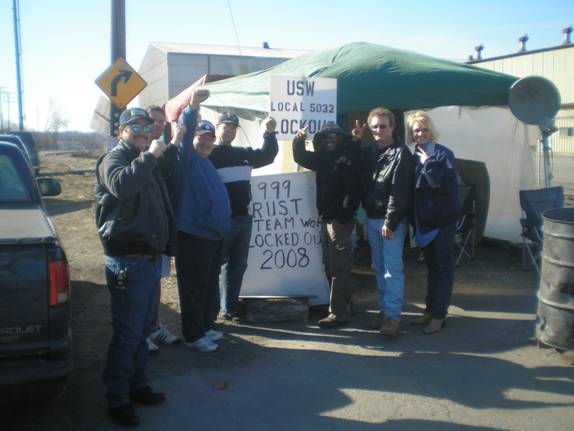 Pittsburgh-based Calgon Carbon Corp. locked out 63 members of USW Local 5032 who work at the Neville Island facility at midnight, Feb. 29.

Union members set up picket lines at the plant’s two entrances while management runs the place without longtime workers. Union pickets are maintaining a vigilant 24-hour watch on the plant, and have been joined by Steelworkers and other local supporters.

Union workers are fighting to maintain family health care benefits as well as their pension plans, both of which management wants to gut, said District 10 staff representative Charles Leonard.
Calgon Carbon spokespersons claim to the local media that the company wants workers to accept a slashed benefits package, but Leonard said of management’s demands: "I think they just want to break the union. It’s not going to happen."

District 10 Steelworkers are rallying to the defense of the locked out Calgon workers, and vow to expand the struggle if a fair contract offer from management is not forthcoming. USW Local 3657 members in downtown Pittsburgh recently delivered a load of food to strikers, and predict a groundswell of community support for the strikers if management prolongs the lockout.

Jerry Morton, Calgon unit president who has worked there since 1979, said Local 5032 members have been more than reasonable with management in negotiations.
“Since 1999, we’ve been self-directed,” said Morton. “Our slogan was to ‘improved trust and teamwork,’ We worked pretty well with management up until this contract. Now, Calgon management wants more.”

Local 5032 President Ron Marino says it’s a more than suspicious that management would lock out the USW when the local has an active organizing campaign for 31 additional workers in the equipment and assembly building. These unorganized workers only earn half the wages of union employees, who average around $18 an hour. An NLRB election is now scheduled for the non-union workers on March 27.
Locked out employees here are communicating with organized Calgon workers at other plant sites to develop a broader strategy.

A benefit concert and “bowlathon” is now scheduled at the Paradise Island Bowl, 7601 Grand Ave., Neville Island, on March 25, 6:00 to 10:00 p.m., to aid locked out Calgon workers. Union and community friends are welcomed to attend.
Union workers at this Calgon facility make products and provide services to remove impurities from water and air, as well as reactivating spent carbon for filtration systems and impregnation carbons for personal respirator and other uses. 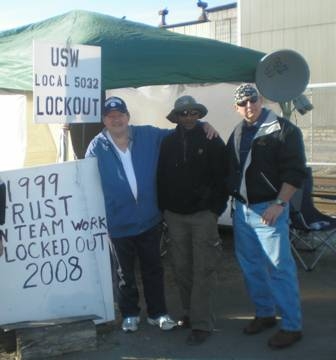