NEW VIDEOS: Tom Morello for Mumia, McMahon Training Video on Racist Jury Selection, and...
by Journalists for Mumia Friday, Nov. 09, 2007 at 9:09 AM

We have just started our own <a href="http://youtube.com/profile?user=journalists4mumia">Journalists for Mumia You Tube Page </a>, are releasing two new videos, and have created a VIDEO section at Abu-Jamal-News.com, which features films about Mumia, COINTELPRO, The Black Panther Party, militarism, media censorship, and more. <a href="http://www.abu-jamal-news.com">CHECK IT OUT!</a>

And, we are inaugurating it with the release of two new videos:

First is of Tom Morello (aka The Night Watchman), lead guitarist of Rage Against The Machine, who was recently in Philadelphia, where he showed support for Mumia in this short video. He is holding up the Journalists for Mumia poster that displays four of the newly discovered crime scene photos. Watch the video here.

Second, is an excerpt from an official 1986 Philadelphia District Attorney training video for new prosecutors (which publicly surfaced in 1997), where veteran DA prosecutor Jack McMahon lectured in support of removing Blacks from jury panels. Explicitly recognizing this practice's illegality, McMahon explained that “the law” calls for a “'competent, fair, and impartial jury.' Well, that's ridiculous. You're not trying to get that.” Watch the video here.

Click here for more on the issue of racist jury selection.

Also be sure to check out our FAVORITES PAGE where we've selected many excellent pieces about Mumia, including Dynamax feat. Chuck.D: "Get It Started" , I attend Mumia rallies so you don't have to (including excellent footage of the biker counter-protesters) , LGBT forces in the Movement to Free Mumia Abu-Jamal , Mumia Abu Jamal ; Justice Denied , Meditation on Mumia (footage of anti-Ridge demo in Vermont)

On our website Abu-Jamal-News.com, we have just added a VIDEO section, which features several films that can all be viewed directly online. The advantage to these (mostly “Google Video”), instead of You-Tube is that they are longer. Check ‘Em Out!

Film on Mumia: "Behind These Walls"

The Murder of Fred Hampton

The Spook Who Sat By The Door 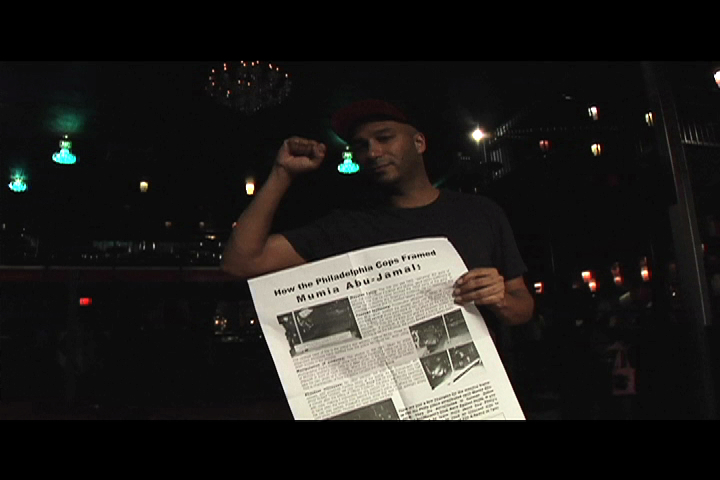