Spelled out vertically, in letters ten feet tall on Braddok Avenue last Friday was the message: NO M-F-X, no to the Mon-Fayette Expressway. 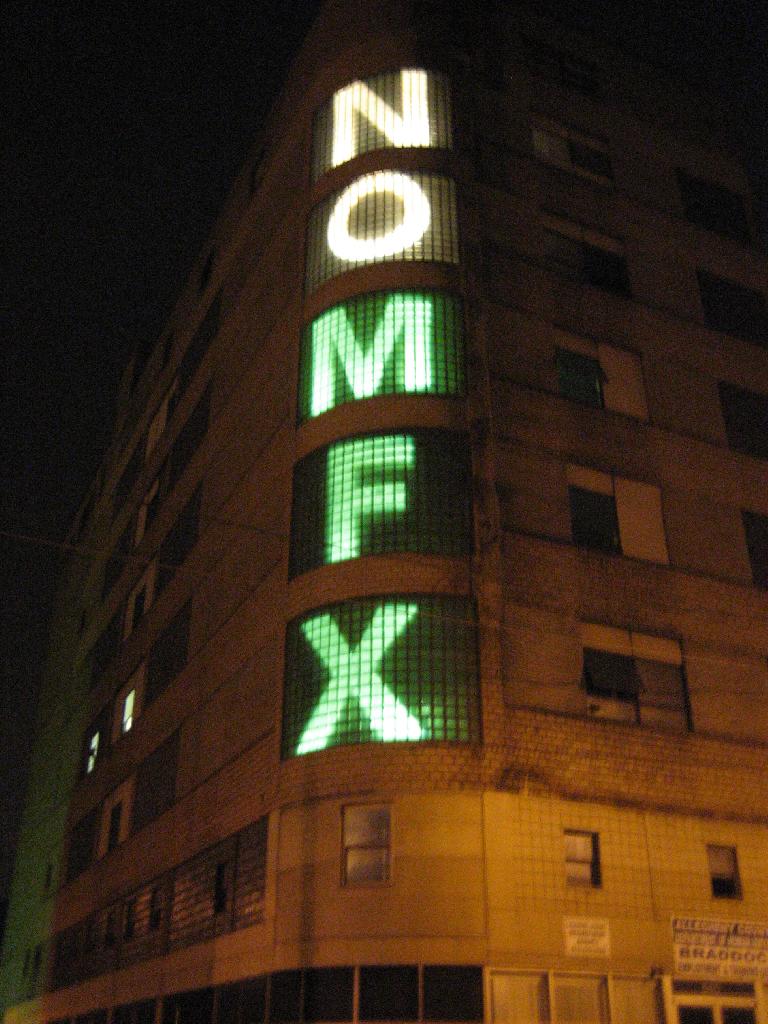 Spelled out vertically, in letters ten feet tall on Braddok Avenue last Friday was the message: NO M-F-X, no to the Mon-Fayette Expressway. Standing on the opposite side of the street was the Mayor of Braddock as well as representatives of the many community groups opposed to the highway project and about 50 community members who had gathered earlier at the Mayor Residence for the Goodbye Mon-Fayette party. The event was both a celebration and a protest: a celebration of a recent report by the Urban Land Institute to the Turnpike Commission states that there simply isn't the funding to complete the project; a protest because, despite the lack of funding to complete the project, the Turnpike Commission is going ahead with its plans to acquire and prepare the right-of-way.

don't they understand this is going to kill some of the most beautiful areas in pittsburgh?

Oh yeah. LOL. Because when I think of "beautiful areas of Pittsburgh" I think of Braddock. </sarcasm>

We need more roads in pittsburgh, so we can pave over the hovels of old people. They aren't going to be paying many taxes anyway, after Slick Eddie passed his laughable tax reduction (there is not much tax reduction there folks)!