Caterpillar Incorporated furthers its support of a Carnegie Mellon project to create a driverless vehicle to negotiate off-road in the Nevada desert. 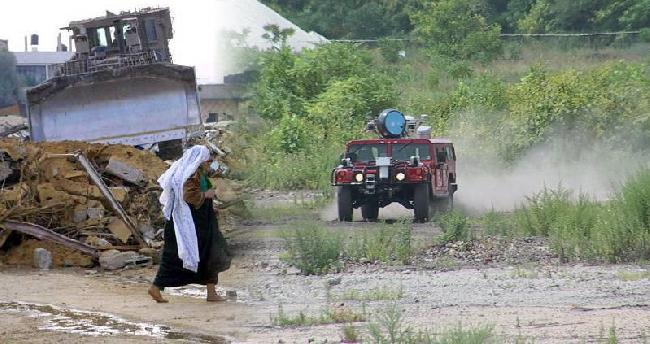 Caterpillar Incorporated has announced that it is strengthening support for Pittsburgh's own Carnegie Mellon University's "Red Team." The "Red Team" is an organization that seeks to build an autonomous (self-driven) off-road vehicle. This is being done to compete in the Defense Advanced Research Projects Association's (DARPA) Grand Challenge. The full press release, issued by Carnegie Mellon on August 25th, is attached at the end of this article.

The DARPA Grand Challenge is a prime example of the close ties between academia and militarism in the modern day. While members of the Red Team and public relations gurus often speak of the commercial and civilian applications of the technology, the fact remains that the specifications of the contest are being given to these talented students and engineers from an organization that is part of the United States military. It should strike people as no coincidence that the competition isn't negotiating through traffic on I-76, but rather negotiating the barren Nevada desert- a terrain far more similar to Iraq and Afghanistan than the populated areas that a civilian autonomous vehicle would have to navigate.

Caterpillar Incorporated is best known for making the construction and demolition equipment that makes sure that the forces of concrete will prevail in the War on Earth. But they're also responsible for furthering another war, a war against Palestinian families. Their D9 bulldozer is popular in the Israeli military, which converts it into an armored vehicle that is feared by Palestinians everywhere. Israel uses this equipment to demolish Palestinian homes on both sides of the Green Line- in the West Bank and Gaza, house demolitions often occur when land is seized for a security area around a settlement, or in retaliation for attacks against Israelis. Inside of the Green Line and in Occupied East Jerusalem, there has been an increasing number of home demolitions against Palestinian families for failure to have a proper building permit, despite the fact it is nearly impossible for Palestinians to get the needed permits. All of this has sparked a boycott of Caterpillar.

What would Caterpillar do with an autonomous vehicle? One of the obvious customers would be none other than the Israel Military. An autonomous version of the Israeli Armored D9 would be able to demolish Palestinian homes with no risk of loss of life to Israelis. It would also presumably show even more reckless disregard for life than the manned counterparts, which have claimed the lives of Palestinians as well as the American activist Rachel Corrie.

To continue to pretend that Red Team is working on a project that will be known for its peaceful applications is dangerously naive. This isn't a technology that's being developed for altruistic reasons, or for peaceful reasons. The inspiration and funding for this project is military. It's time Carnegie Mellon students face the facts.

For more information on Carnegie Mellon University's involvement in the military-industrial-academic complex, the Pittsburgh Organizing Group has produced a flyer called Carnegie Military University. It was originally used around the POG demonstration of March 20th, 2004 as part of the campaign against the Gladiator autonomous armored vehicle, another Carnegie Mellon project being designed for the US Marines.