On Saturday August 20 2005 in Oakland, on Forbes Avenue in broad daylight just before noon, Pittsburgh police used tasers on protestors at a counter-recruting protest. 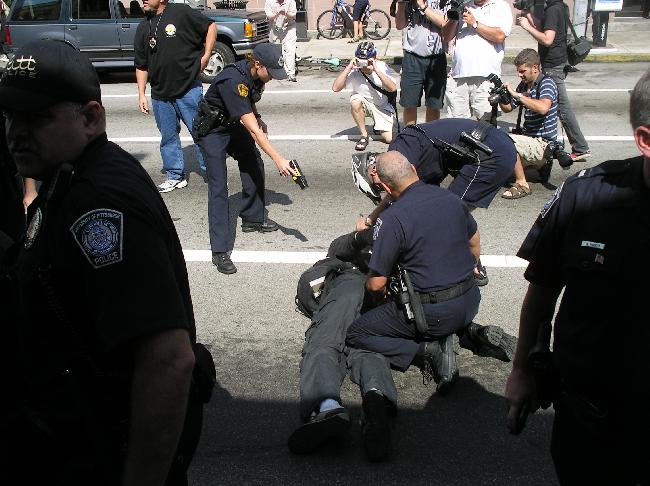 if you haven't seen a taser in action before: the yellow weapon is a taser, it makes a loud clicking sound when fired. 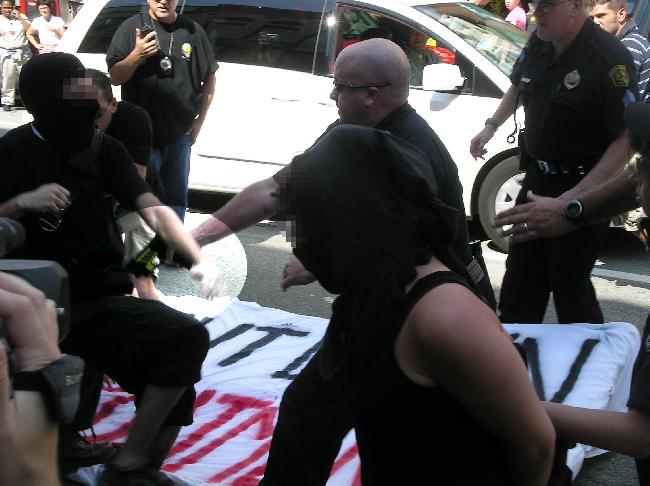 the bald-headed cop fired his taser at the crowd