Here is a pictoral of the March For Justice from this past Saturday, March22nd. People Against Police Violence led a few hundred people from Freedom Corner in the Hill District to the Allegheny County Courthouse, where family members of several African-Americans who have been killed unarmed by police shared their experiences. 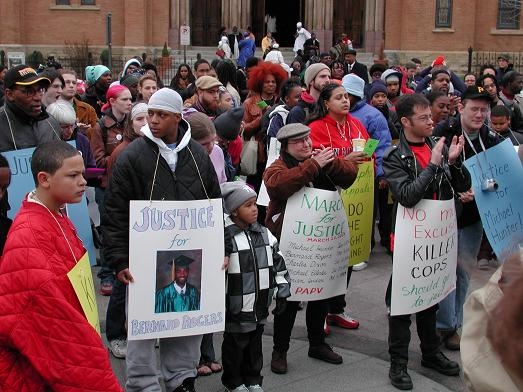 Crowd in front of Freedom Corner. 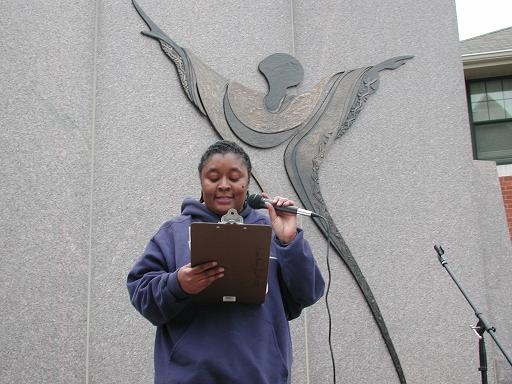 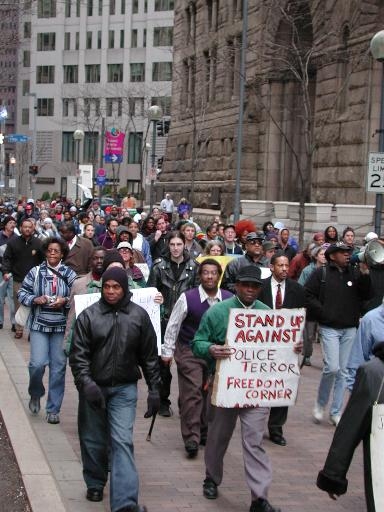 Tom Smith, Pastor of Monumental Baptist Church, leads the crowd in chanting "No Justice, No Peace" down Grant Street. 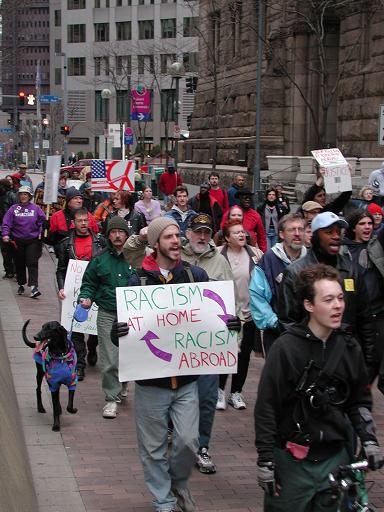 This sign sums it up: As the U.S. intensifies violence in the Middle East against people of color, predominantly African-American neighborhoods have felt the sting of bullets fired "to protect our own citizens" for decades. 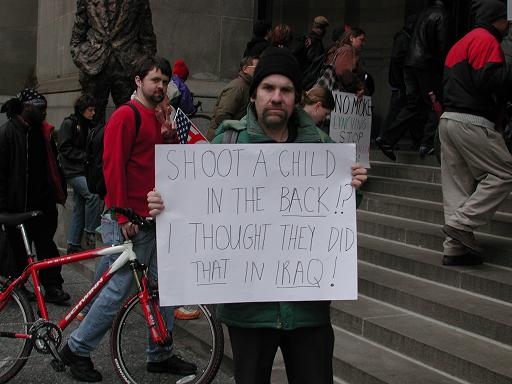 Even more proof Pittsburghers are making the connections. A common theme among many speakers at the Allegheny County Courthouse was this: This administration wants a police state at home and a police state abroad. 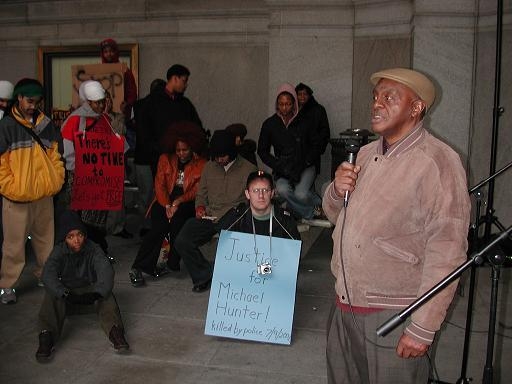 Inside the courthouse, representatives of the families who have recently lost loved ones to police violence asked for justice and for police to be held accountable for their actions.

Joyce Rogers, Bernard's mother, said: "We are here in support of many causes. We are all in this together."

Amy Mangum of Charles Dixon's family said: "We need justice, or we are ALL gonna fall. Why do we even have to talk about unjustifiable murder? What is a justifiable killing?"

Michael Hichenbottom, father of 12 year old victim Michael Ellerbe, said: "How do you give a child for Christmas a bullet in the back? What kind of gift is that, and they call it justified?"

Pete Shell of the Thomas Merton Center tied the police britality of teh March 16th protests to the brutality the black community has been feeling everyday in our city. "The white community stands next to the black community closer than ever against police brutality". The crowd then chanted: "Black, brown, white... Unite and fight!"

This man, Oliver Montgomery of the NAACP Penn Hills chapter, spoke of his experience in the civil rights movement over the years, as well as the hypocracy of the system we live in today: "We have to stop police violence by any means necessary. My nephew is overseas in Iraq right now on a mission for 'liberation'. Liberate who? I say George Bush, liberate us! We have to change this system, and no one is gonna do it but us."

there is a epidemic in pa that is taking our youths at alarming rates..it is the use of letal force by police..i am sick of two words.."justifable cause!"it is time for all communities to unite together and take a stand!"we the poeple" are not going to tolarate the violence used by those that took a oath to "serve and protect!"i live in fayette county and just petioned the court to callenge the right da vernon had to investigte the shooting death of 12 yr old micheal ellerbe! one of the officers involved in the shooting is key "staff cheif detective" under the da!!good luck with all the fights..but,how do we prevent it?? thats what i'm working on...god bless u all